Allow me to contextualise this review by stating that Rambo: Last Blood is a bloody stupid movie. In fact, it’s bad. And yet, while I was gobbling up all of the lunacy spewing from the screen like day-old kebab after a bender, I learned that I cannot hate Rambo. My love for the tormented brute runs deep and despite the new movie’s glaring shoddiness, I cannot help but love it.

The 4th instalment arrived in 2008 ““ 20 years after part 3 – with unexpected praise, proving itself to be a worthy adage to the Rambo legacy. It was also possibly the most violent studio-produced action movie of the decade, with some of the most obnoxious and exploitative carnage put to screen. The target audience lapped it up and the film quickly earned itself a reputation and a legion of loyal fans. Following his exploits in the jungles of Burma, that story ended with John Rambo returning to his family ranch as the credits scrawled across the screen.

10 years have passed and it appears that Rambo has been busy. He’s built his ranch up and burrowed an extensive network of tunnels beneath it, as well as raising his teenage niece. Yep, he’s a family man, would you believe, and a pillar to his community. With life treating him well, it’s fair to say that Rambo has learned to manage those PTSD demons that have haunted him throughout the series– that is until his beloved niece runs away to Mexico in search of her estranged father, only to be kidnapped and trafficked in the illegal sex trade. Cue those PTSD demons!!

Rambo sees red and the sounds of Vietnam come rushing back. The deranged sounds of choppers wupp-wupping and machines guns tt-tt-tting ring across the screen as those iconic words from Richard Crenna pierce his brain. And as contrived and clichÃ©d as that sounds, so too are the exploits which follow. Rambo hauls ass down to Mexico and confronts a ruthless gang of sex-traffickers. Things don’t go to plan. He’s soon back home and constructing an elaborate labyrinth of booby-traps and death-pits (lucky he had all those tunnels, right?) as he awaits the onslaught.

What ensues are some of the most gruesome and gnarly sights in the franchise’s history, with bones snapping, heads popping and limbs flying. And while the violence may be contained to the movie’s final act, this slice of the film ups the ante from the fourth film and hits the audience like a galvanised sledgehammer. Yes, this is as gruesome as Rambo gets!

Okay, while it’s admittedly difficult for me to ignore my love for this series, I will try to put my bias aside for a moment. The problems with Rambo: Last Blood are numerous, and the root of it all lies with the poorly written script, which makes no effort to infuse this story with the same level of depth and social awareness that all previous instalments did. The dialogue is stilted and hackneyed, and the audience is never given a reason to care for this poor guy. As a matter of fact, director Adrian Grunberg (Get the Gringo) leaves it up to the audience’s pre-existing fondness and nostalgia to carry that weight, and he devotes no time to exploring the human drama ““ at least, not well– at all.

Having built itself up to become an ultra-violent franchise, the Rambo story has become comical. The integral dramatic character arc of the original film has, over the course of the series, been replaced with exploitation and a brand of ultra-violence designed to elicit a euphoric response.

With this film, the franchise has also become unrecognisable, presenting itself in two contrasting settings. With its new American mid-west landscapes and Rambo’s cowboy makeover, paired with a Mexican portion of the story that’s presented like a direct-to-video Sicario knock-off, the overall tone and flow of the movie is disjointed. One gets the sense that several undeveloped scripts were cut & pasted to create the new instalment, and with the knowledge that the underrated 2013 film Homefront ““ starring Jason Statham ““ was originally written as Rambo 5, its clear that there’s a patchwork of creative influences at play.

Nevertheless, devoted Rambo fans should lap up Last Blood. The initial shock of the new direction will be jarring at first, but for all that meandering in the first and second acts, the movie does re-calibrate to pummel us to the point of unconsciousness with its deliciously deranged and entirely deliberate final bloodbath. It’s one, I admit, for the Rambo fan with a particular mindset: if you accept that this series has been turned into a carnival attraction, there’s a good chance you can embrace it for what it’s worth. Because, hey, sometimes ‘silly’ and ‘violent’ make for a good time, and Rambo: Last Blood is precisely that.

Glenn Cochrane is the producer and host of Good Movie Monday and the founder of FakeShemp.Net. In addition to writing for Screen Realm, he is a lead contributor for Stack Magazine and freelances for various other publications. He is currently a committee member of the Australian Film Critics Association, despite having a love of 'Caddyshack 2', for which he makes no apologies.
Author's Posts
PrevPrevious‘Good Boys’ MOVIE REVIEW: Tweens Get Superbad in Hilarious, Puerile, Heartfelt Comedy
Next‘Ad Astra’ MOVIE REVIEW: A Solid Brad Pitt in Uneven Psychological Sci-Fi DramaNext 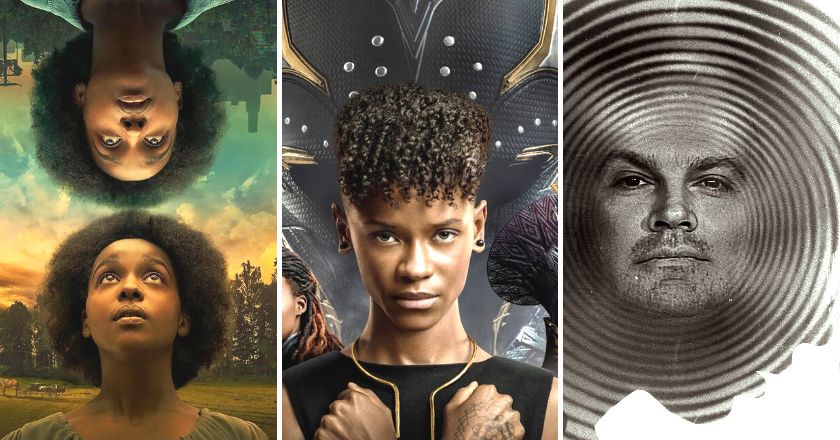